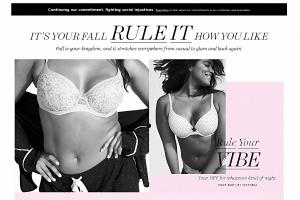 Second quarter sales for Victoria’s Secret and Pink are expected to be down about 40% due to pandemic-forced store closures, while direct channel sales “are up significantly versus last year,” according to parent company L Brands. Results will be announced in mid August. » I want to read more and receive info from

The largest consumer electronics show in the world, CES 2021, has canceled its physical show that had been scheduled to run January 6-9, 2021, in Las Vegas. » I want to read more and receive info from CES 2021

“Dreamgirl launched its Fall/Holiday 2020/2021 Collection, this month to a fantastic response,” according to a company spokesperson. “The orders have been so strong that we immediately sold out of certain items and rushed to reorder…. something we didn’t think would happen during these difficult times.” » I want to read more and receive info from Dreamgirl