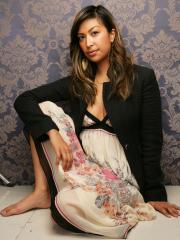 (Filed Under Fashion News). According to several reports, Sylvie Cachay, the 33-year-old designer for Anne Cole Swimwear and founder of Syla, was found dead Thursday morning at the Soho House in New York City’s meatpacking district.

According to The New York Post, police took Cachay’s ex-boyfriend, the 26-year-old Nicholas Brooks, in for questioning after her body was found in the bathtub of her hotel room at approximately 3:30 a.m. The Post also reported that there were marks on her neck and bleeding in her eyes.

Cachay and Brooks checked into the Soho House, a members-only hotel, at about 12:30 a.m. on Thursday morning. Other reports have called Brooks Cachay’s boyfriend, but according to The Post, Cache told coworkers she had broken up with him on the Wednesday before her death.

Nicholas Brooks is the son of Joseph Brooks, the academy award-winning composer of the 1977 hit “You Light Up My Life.” In 2009, Joseph Brooks was accused of sexually abusing 11 actresses, and is currently awaiting trial.

Anne Cole hired Cachay in December 2009. At the time, she had more 10 years of design experience, including starting her own swimwear label, called Syla, and designing for Victoria’s Secret Direct.

At the time of her hire, Cachay spoke to BODY of her plans for Anne Cole. “I am honored to be joining such an iconic brand, and we are all excited to start this new chapter with Anne Cole,” she said. “We plan on bringing innovative design to our customers, while maintaining the true identity and spirit that Anne Cole Swimwear has been renowned for all these years.”