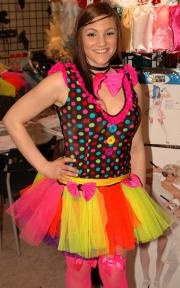 2012 will be Party King’s third year in the Halloween market. After a slow first year in which the company offered standard designs for less money, Party King reported growth of over 500 percent for their sophomore year with the debut of more original and creative products.

"We listened to our customers and our sales team and tried to address the needs in the industry that were not being fully addressed previously," stated Sean Monahan, president of Party King. "We revamped our entire line with as much originality as possible. We couldn’t handle all the retailers that had interest last year in Houston — we just weren’t prepared for that much demand."

Party King will unveil new concepts from their 2012 collection at the HIA International Halloween Show in December of this year.